Drink driving over the Christmas period 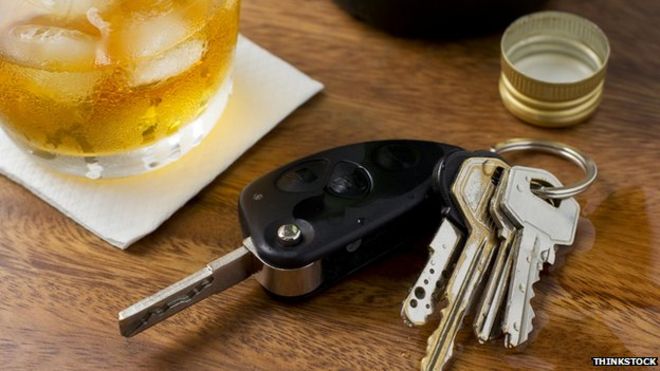 During the month of December, alcohol consumption in the UK increases by over 40%. In spite of repeated campaigns by the Government on the rules of road safety and scheduled police vigilance in the UK, every year during Christmas around 700000 people are said to sit behind the wheels. This is in accordance with one in five individuals knowing that they have exceeded the drinking limits for driving however would still choose to break the law. The famous car finance provider, Zuto has predicted that there will be chaos on the UK streets on the Christmas eve as 9.9 motorists are presumed to head home after a Christmas party or get together. Considering that still over 500 deaths take place each year due to drink driving, it is imperative for everyone to be on guard during this time.

Although over the past year there has been considerable reduction in drink driving offences in the UK i.e. demonstrating an overall decrease of 7% which is quite commendable however, it is imperative to keep a watchful eye on the drunk drivers during the festive season when the frequency of cars and drunk drivers increase in leaps and bounds with the major probability of offences being taken place on Christmas eve.

According to DVLA, drink driving during Christmas could mean imprisonment for six months, unlimited fine and banned from driving for at least one year or up to three years if convicted for the second time in ten years.

What is the drinking limit for driving in the UK?

How much can you drink during Christmas and still stay under the limit?

What are the implications of drinking and driving during Christmas?

In the UK, the police will set up numerous drink driving check points during the festive season to curb the practice.

A screening breath test will be conducted by the police at the roadside if they suspect that you have been drinking and driving. If you are fail the test or if the police suspects that your drinking interfered with your driving, you will be taken to the police station and another round of breathalyzer test will be performed on you, this time with a complex breathalyzer. The lower reading will be considered to prove your guilt.

If your breath sample detects that you are up to 40% over the drinking limit, you might be allowed to replace it with a blood or urine sample, which is again upon the discretion of the police. If the limits still show as exceeded, you will be charged against law.

If proved guilty, you might be fined up to £5000, banned from driving for up to one year and can also be sent to prison, depending on the seriousness of your offence.

How can you avoid drinking and driving during Christmas?

You can avoid drink driving by adopting the below measures.

Every year the UK Government spends a lot of money to campaign to curb drink driving during the season of festivals. Like each year, this year also the Government has spent approximately £2 million to warn motorists, especially the male drivers between 17 and 24 years from drinking and driving. The Transport department also has taken numerous additional endeavours to refrain motorists from drunk driving during Christmas. Let us pledge to remain in the best of our demeanor during this month and have a good Christmas within the boundaries of the regulations.

Christmas is around the corner and it is time to sit down with a pen and paper to decide upon the Christmas gifts you intend to buy for your near and dear ones. If you have someone among your family members or within your friends who loves cars and everything ...

The winters are almost here and it is time for the cakes, mistletoes, hollies, gifts, Christmas trees and presents. Christmas is the time to be around your loved ones and be merry. With barely a few weeks in hand, we cannot wait to begin our preparations for Christmas. Christmas is ...

Winter is around the corner, and as you tackle the withered leaves in your garden, you might have already experienced the sight of the first layer of frost on the pavement or on your car’s windscreen and bonnet. Most motorists agree that driving during winters is a complicated affair. The icy roads, ...

How To Stay Safe Driving At Christmas

Christmas is the time for unbound happiness and togetherness however it is also the time to be utmost careful while sitting behind the steering wheel. With the rush of people to finish their Christmas shopping and to prepare for the upcoming festivities, you will often find yourself stuck in endless ...

After you have received a criminal conviction, driving conviction or finished a driving ban it can be difficult to find insurance. This is because all types of insurance prices are based on risk and how likely it would be that the insurer would have to pay out a claim during ...