The most iconic cars in film

Cars can be as iconic as soundtracks when it comes to features on the silver screen. We have put together a list of the most iconic cars in film history, including cars that existed in real life such as the DeLorean, to cars created for the big screen. We will take a look at the best of these cars that played a starring role in some of the biggest films.

This will be up there with being one of the most iconic movie cars of all time, and there are some differences with the film version and the real life model and that is the added extras James Bond had with this car. These extras include, machine guns, revolving number plates, and tyre slashers, just to name a few. The original car that was used in ‘Goldfinger’ and ‘Thunderball’ was sold at auction for $4.6 million. 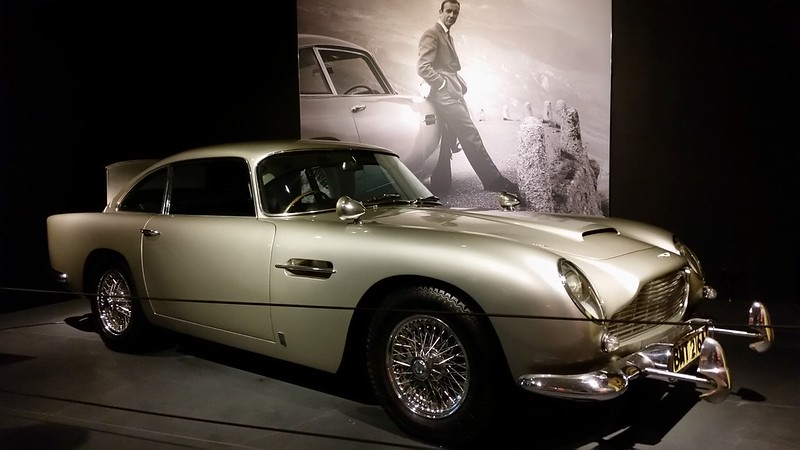 Photo by Michel Curi / CC BY

This car may be fictional but it is one of most well known cars in cinema history. The writer Ian Fleming got his inspiration for this car from a series of racing cars built by Count Louis Zborowski in the 1920’s, although the difference is Ian Fleming’s creation could fly and inspire breakouts of song and dance. Ian Fleming was also the author of the James Bond novels, so we have him to thank for the first two cars on our list. 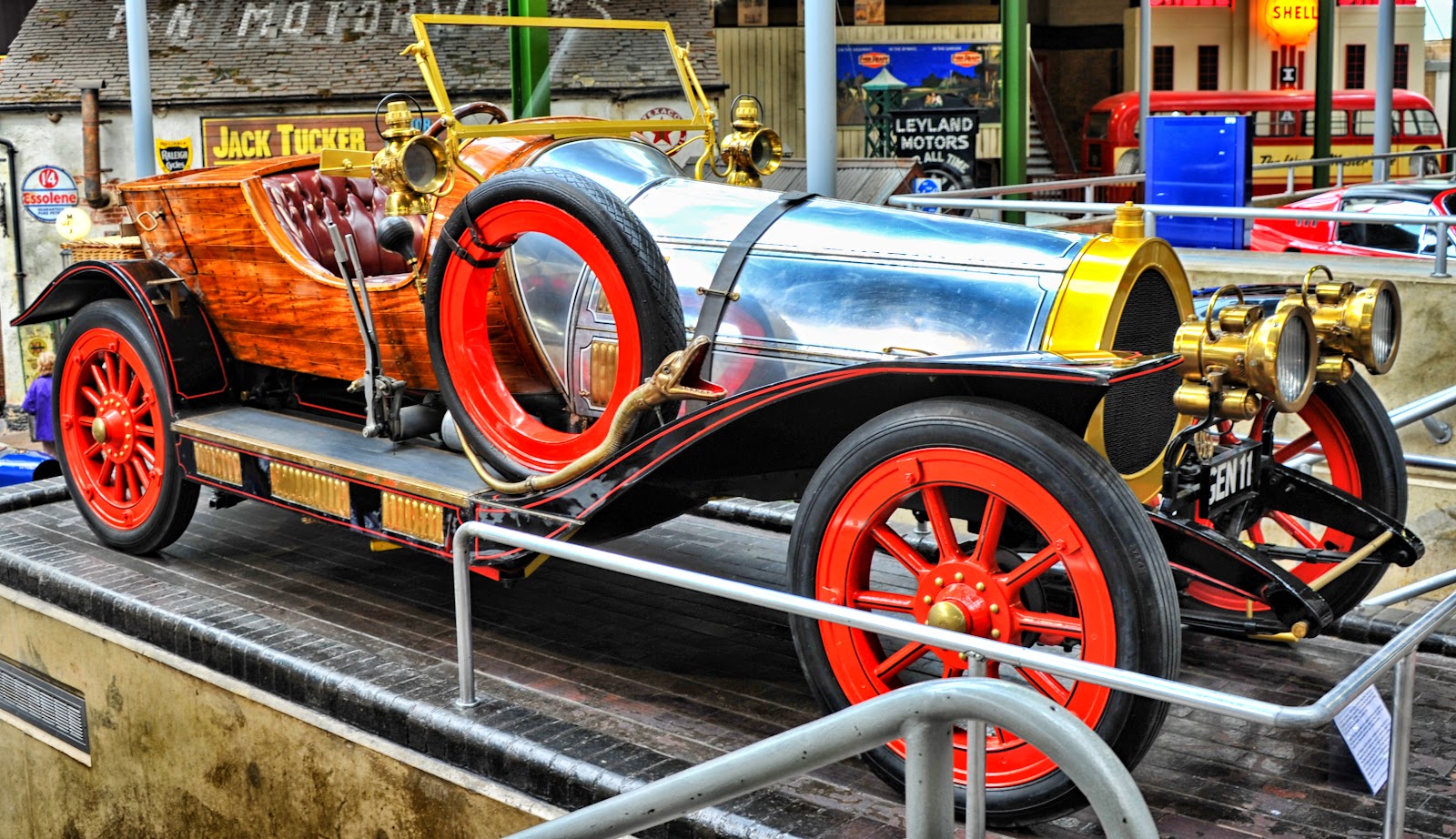 Photo by Andres Alvarado / CC BY

The red, white and blue Mini Coopers that were used in The Italian Job have now become synonymous with 60’s Britain. Many people were left frustrated by the literal cliffhanger at the end of the film, it was supposed to be resolved in a sequel, but this was never filmed. There is no clear story about what has happened to the Mini Coopers used in the film, however the registration plates used in the film became available around 2006 and they were auctioned off and sold for £19,800. 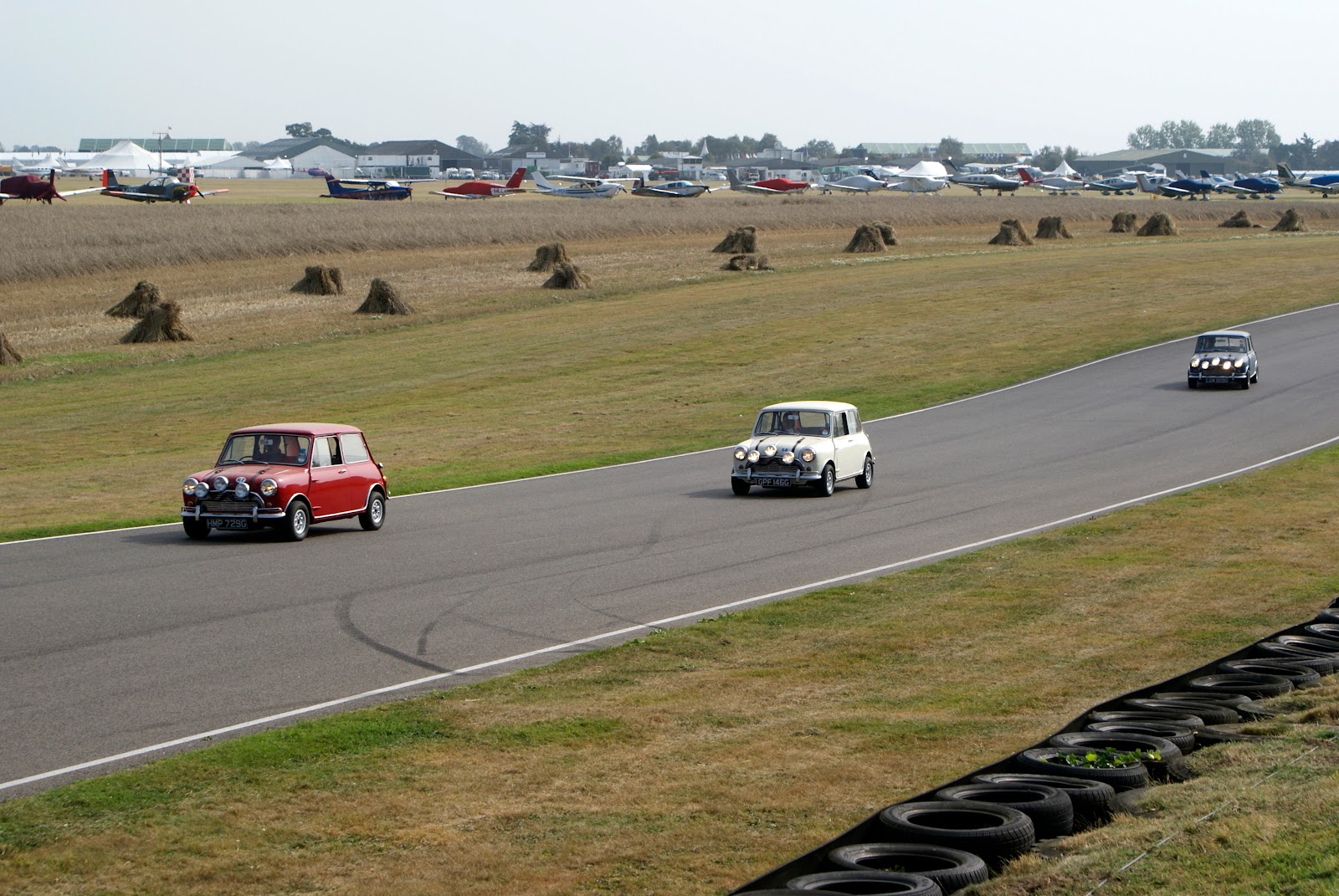 Photo by Nathan Wong / CC BY

The Pontiac Trans Am had a huge increase in sales after the release of Smokey and the Bandit. The car in the film came with a special edition, black and gold paint job, but you can still get hold of one of the original cars that Burt Reynolds made even more popular for just over $30,000. It is reported that 3 or 4 of these cars were wrecked during the production of the film, with one of them being destroyed during the infamous bridge jump. 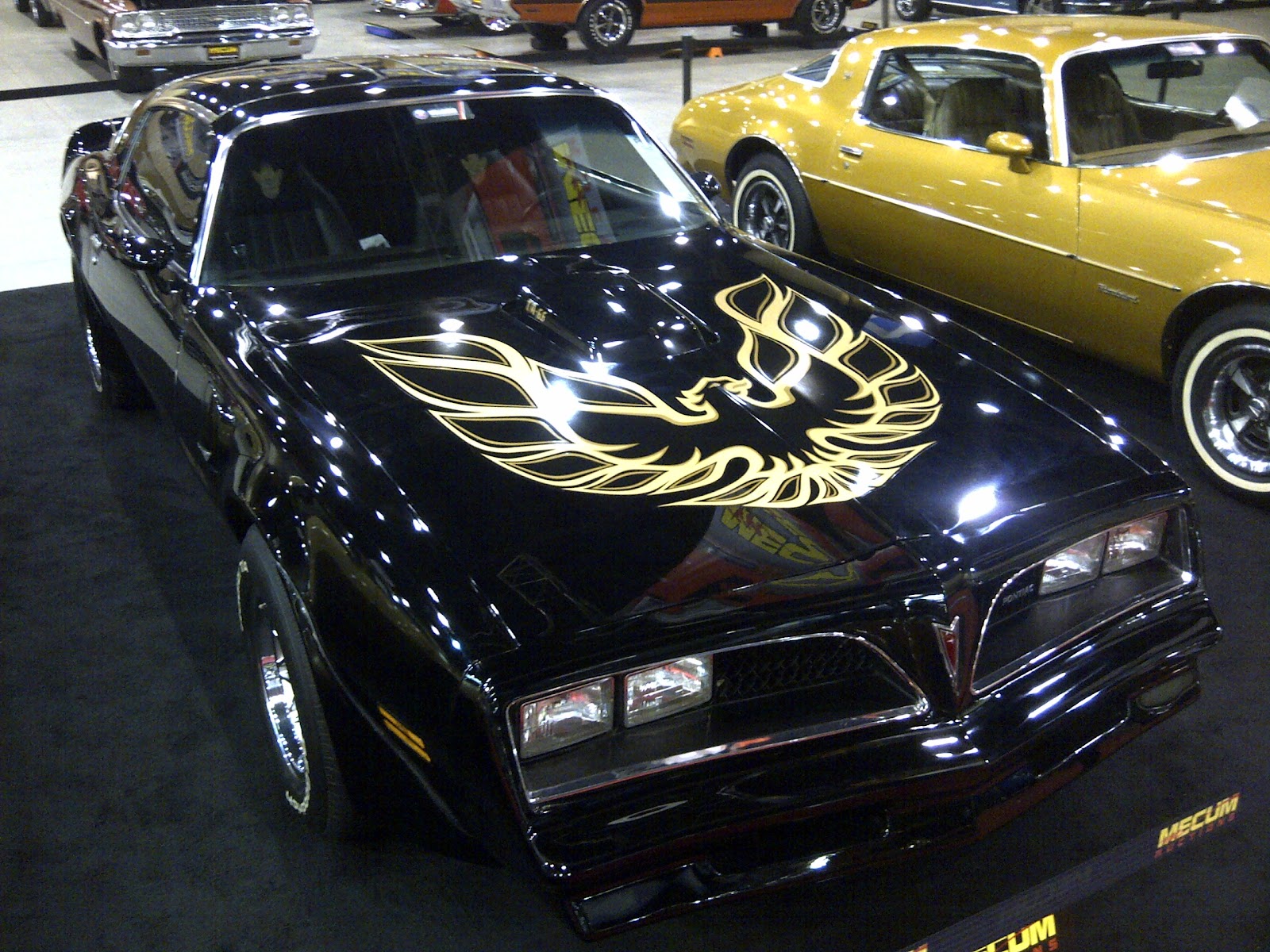 Photo by Artistmac / CC BY

In this musical there are many cars that are used, possibly the most famous one is the one used in John Travolta’s character, Danny Zuko’s daydream. This daydream also features one of the most well known Grease songs, ‘Greased Lightning’ According to Danny Zuko, this car is automatic, systematic, and it’s a hydromatic. The 1946 Ford Deluxe used in the film is now stored at Volo Auto Museum in Illinois. 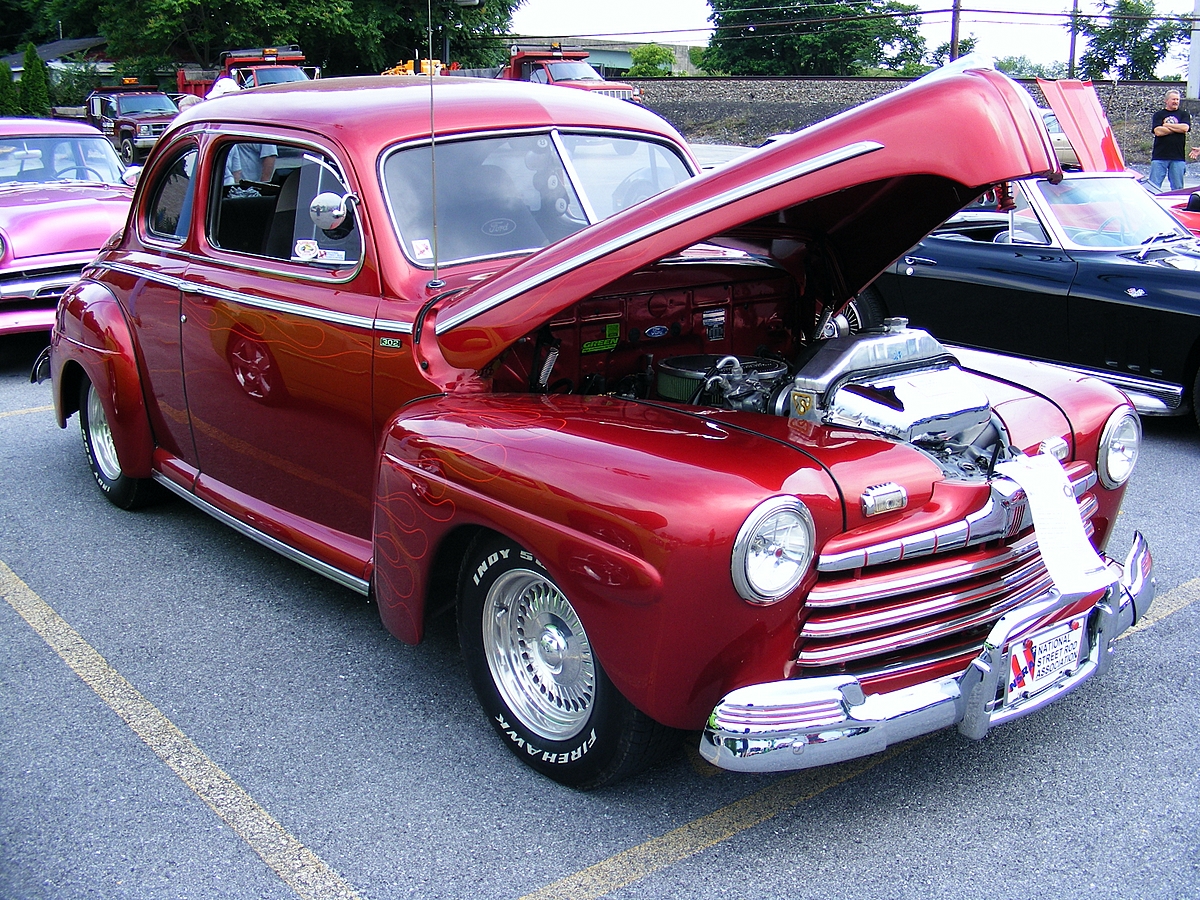 Photo by Jayme Frye / CC BY

This was Mad Max’s ride of choice, but there were many modifications done to the car for the film. The model used in the film is known as the ‘Pursuit Special’, with the modification that stands out the most being the supercharger sticking out of the bonnet. This was of course, non-functional, as were 6 of the 8 individual exhaust side pipes. The car used in the movie did spend years rotting away in a scrap yard, but it is now housed in the Orlando Auto Museum in Florida. This car could now be yours as it is up for sale. There is no set price on it but it is rumoured that an offer of $2 million was recently turned down. 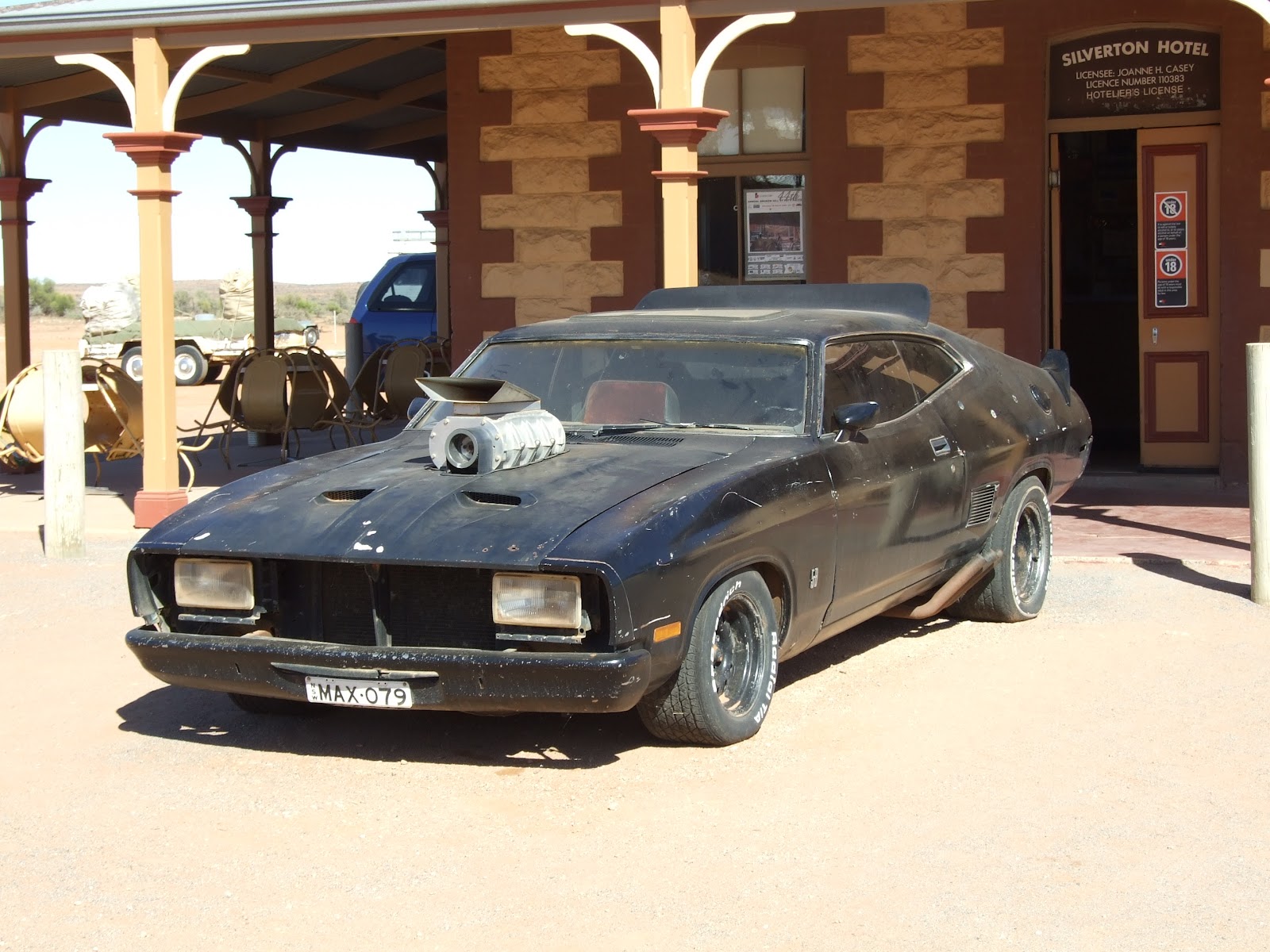 Photo by Tam / CC BY

This car is best known as the ‘Ecto-1’, and is probably the most recognisable car on this whole list. The car in the film is completely kitted out and modified with ghost busting equipment, but the Cadillac Miller-Meteor is still apparent due to its distinctive shape. There were three of these vehicles used across Ghostbusters 1 and 2. The first time you see it in the first film it was the original black Cadillac, this was never modified to the Ecto-1 and was only used in the one scene as it was leased. A third one was purchased, as the first fully modified Ecto-1 broke down whilst filming Ghostbusters 2. Both of the Ecto-1’s have been fully restored and are kept at Sony Pictures. 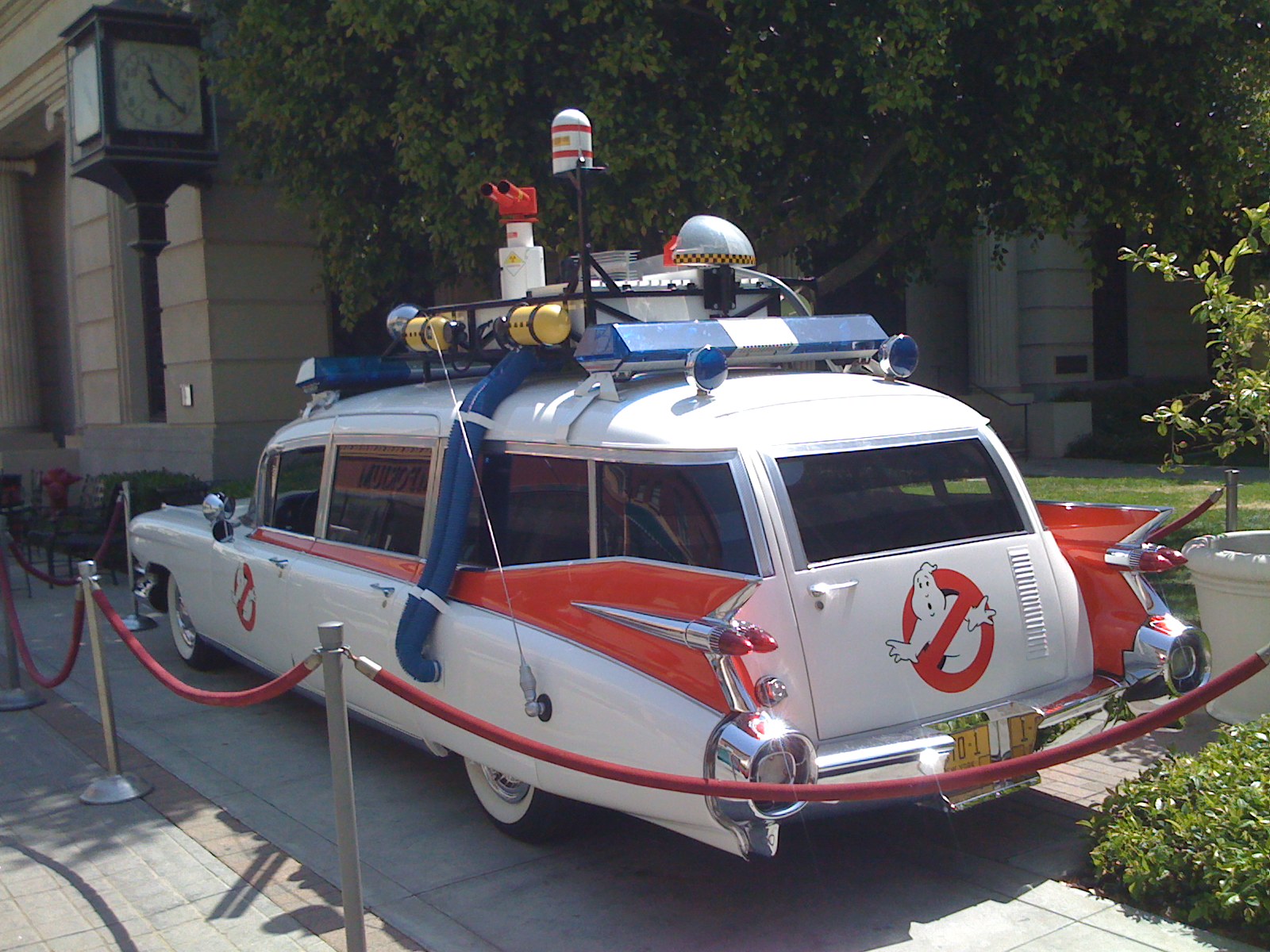 Photo by Gareth Simpson / CC BY

Anyone who is reading this list would have expected the DeLorean to show up at some point. Most people will be aware that in the Back to the Future films this car is used as a time machine. For the car to successfully travel through time it needs 1.21 gigawatts of power and has to travel at 88mph. For filming, the production team had 3 DeLoreans, the main car it used for most shots, one used for stunts, and one used for interior footage. The DeLorean used for stunts was destroyed after it was deliberately hit by a train, the third one was not cared for and began to rot away in storage. You can still see one of the original vehicles in the Petersen Automotive Museum in Los Angeles.

The DeLorean wins the crown of the greatest film star car, after winning our Twitter poll. 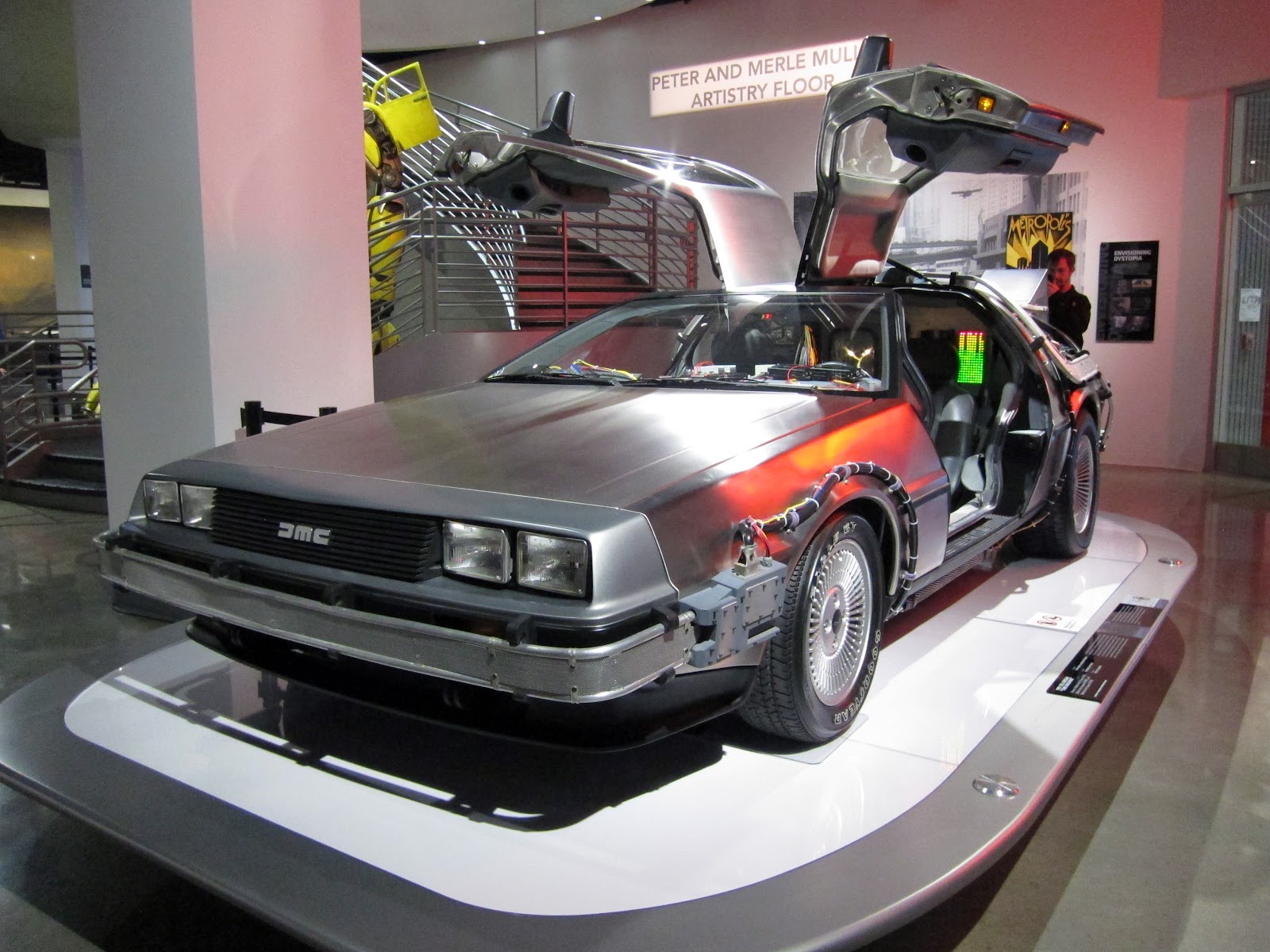 Photo by Liz Hall / CC BY

This car was chosen for the film as the openness of the car and the width made it much easier to shoot the actors. Convertibles are generally popular amongst tv shows and films for this reason. A total of five cars were used in shooting the film, one of them was sold for $71,500, which is around three times the price of a similar car. One of the selling factors could have been that the arm-rest was signed by Brad Pitt, and it also featured a signature from Geena Davis. 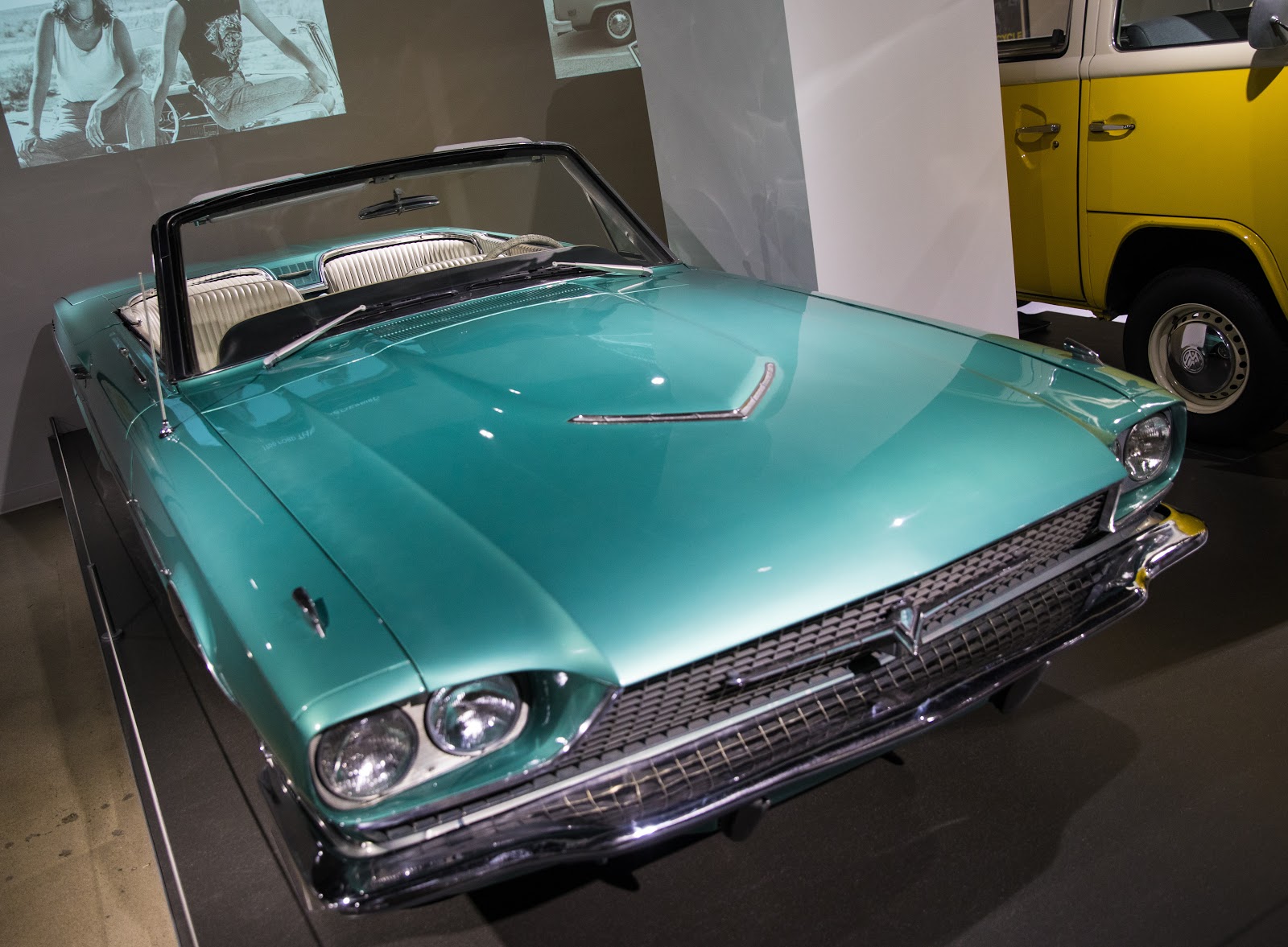 Photo by Terry Robinson / CC BY 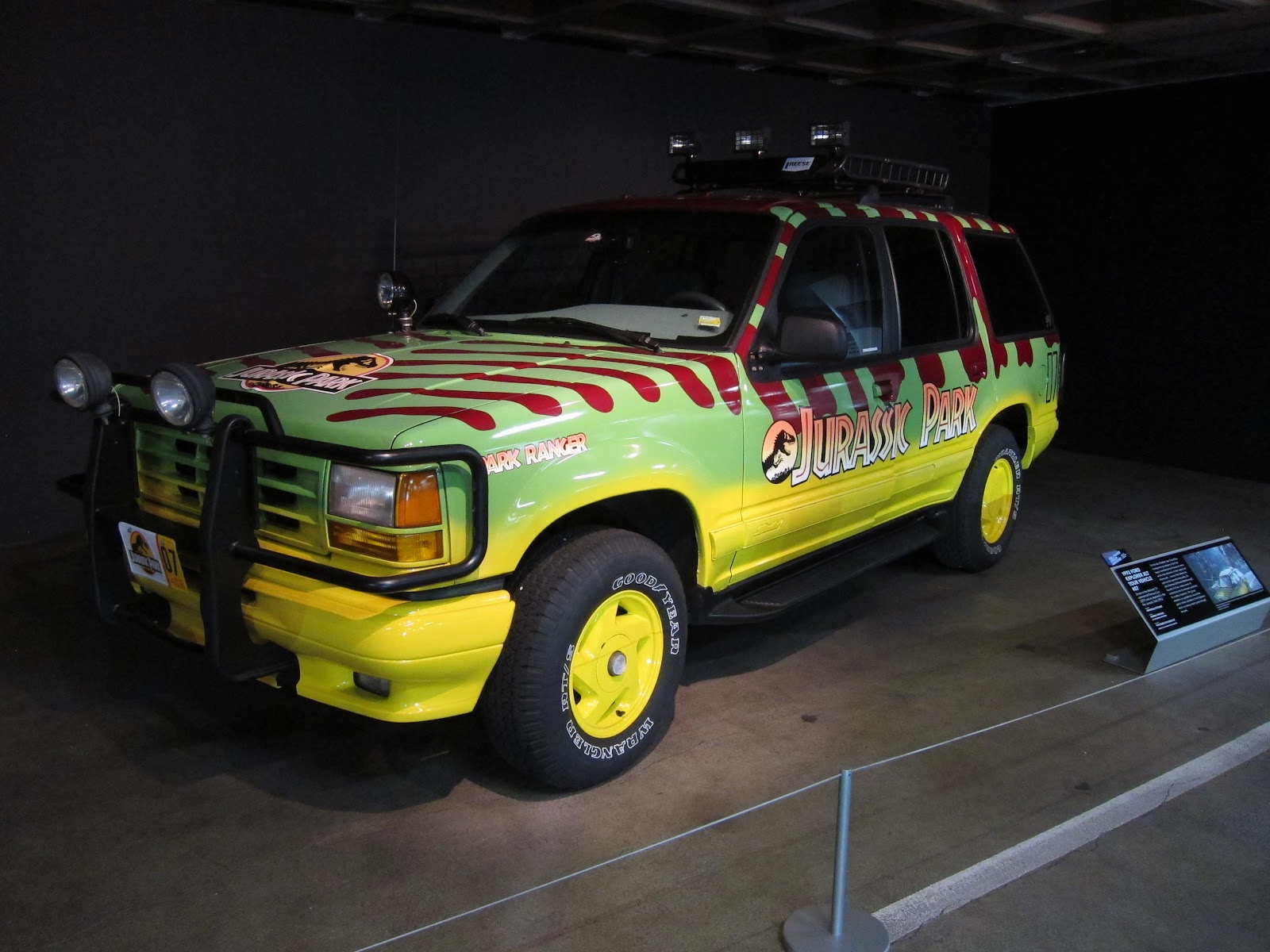 Photo by Liz Hall / CC BY

Of course the Fast and Furious franchise features many memorable cars, but the one that started it off was Dominic Toretto’s Dodge Charger. There were three of these cars used for filming, one for all the main close up shots, and the other two took a beating as they were used in the stunts, one being almost destroyed. One of the stunt cars is owned by a private collector, the other is on display in a museum in Indiana. The main car used in the film is on display at the Volo Auto Museum in Illinois, they purchased it from Universal Studios Theme Park. The 1969 model of the Dodge Charger starred as the General Lee in Dukes of Hazzard, so the Dodge Charger has been very popular amongst films and TV shows. 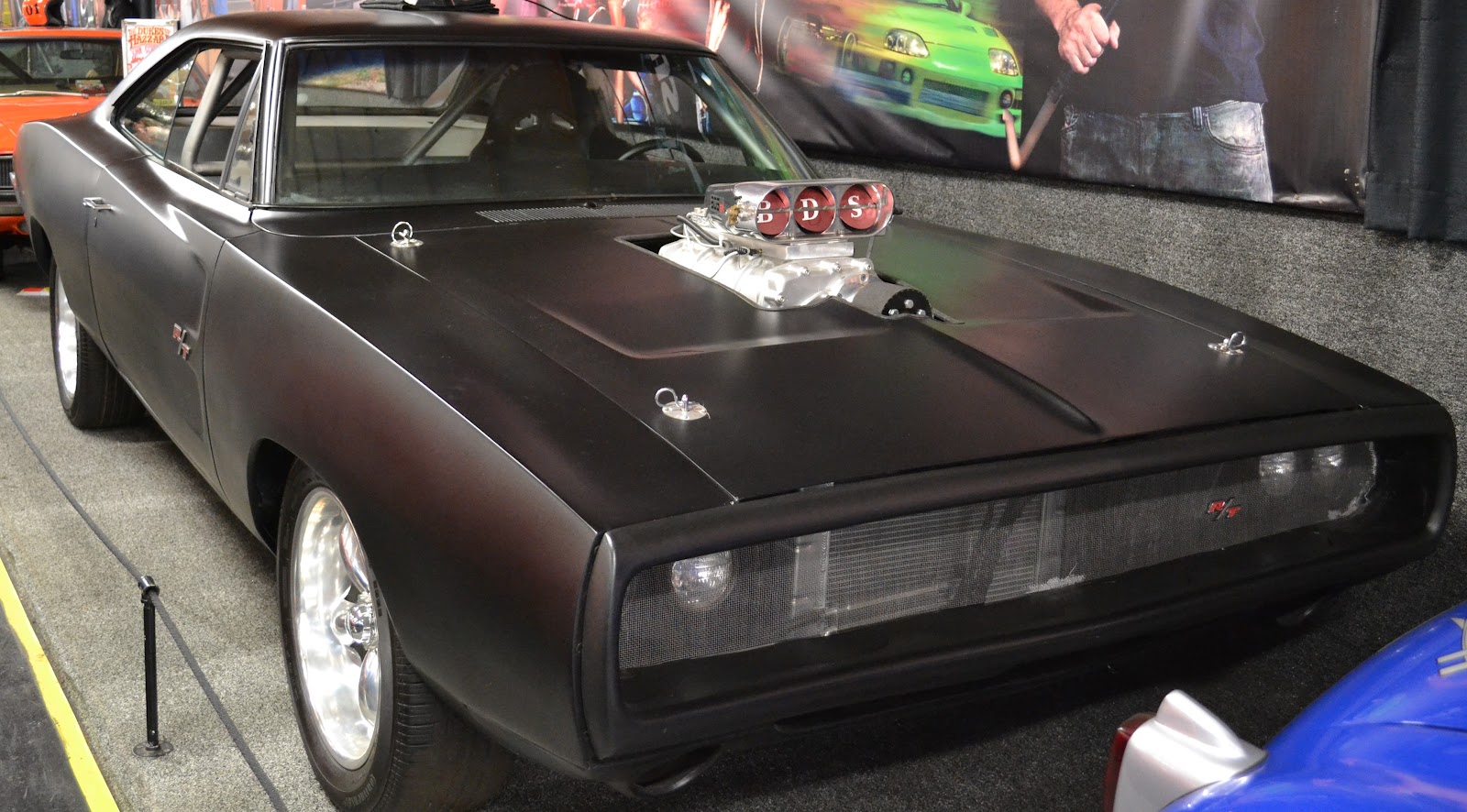 Photo by Simon Gibson / CC BY

This vehicle was designed and created for the films, and is an off-road tank vehicle. Batman’s Tumbler came equipped with an array of different weapons and defences. Although the words ‘Batmobile’ were never mentioned in the Dark Knight trilogy, we all know it to be one. There have been 8 different Batmobiles used in TV and film since the 1940’s, and it has evolved an incredible amount over the years. The Mercury Convertible used in the 40’s did not have any special features, Adam West drove a Ford Lincoln Futura, so the Tumbler is much more intimidating. All stunts done by the vehicle were real and were not done with CGI. Interesting fact, as the film crew were driving the Tumbler to a different location to film the next scene, a drunk driver drove into the side of the vehicle. He apparently was trying to knock it off the road as he thought it was an alien spaceship. 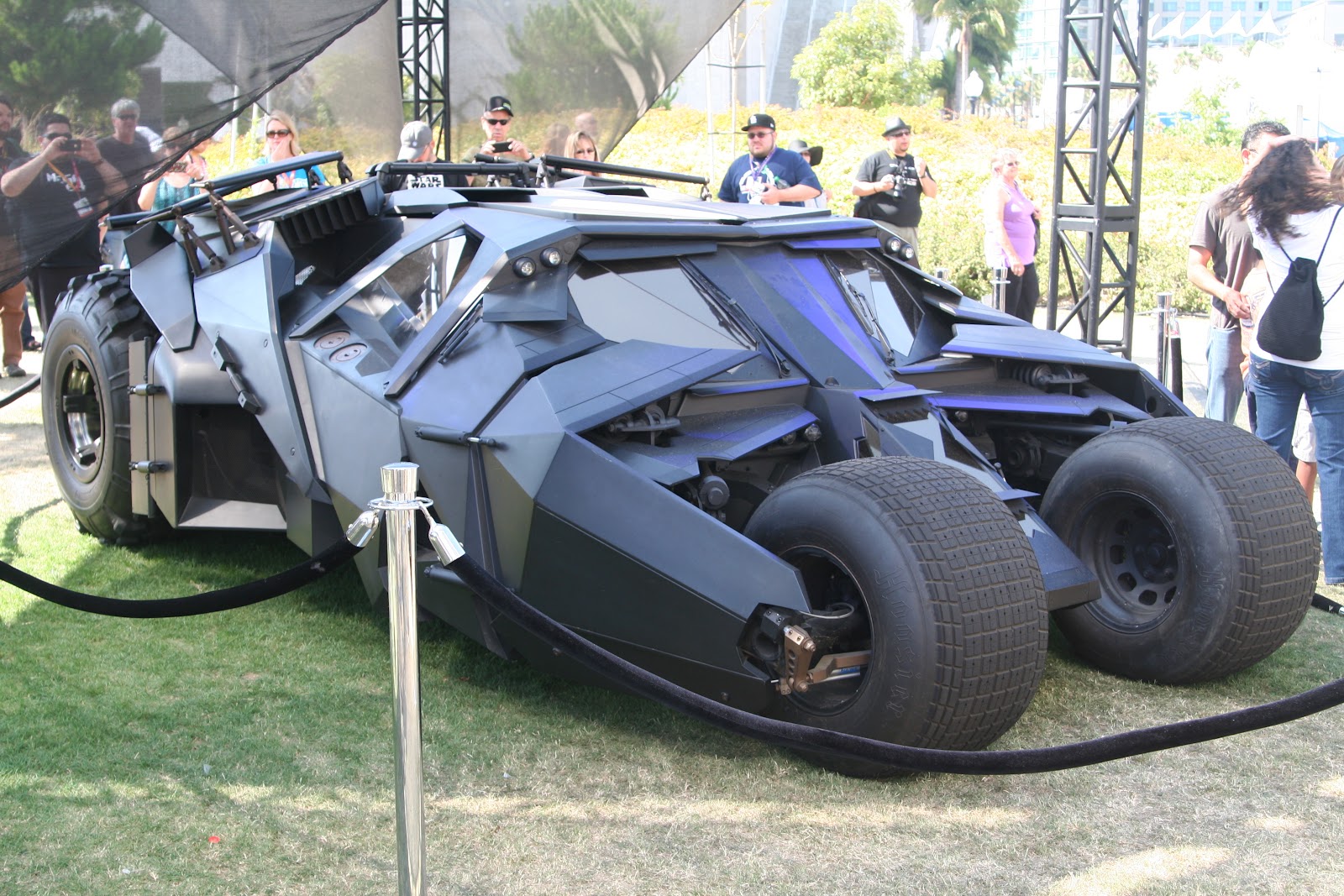 This vehicle played a starring role in this film as the character ‘Bumblebee’. As you are probably aware the robots in Transformers have the ability to change into different mechanical objects, in this film, Bumblebee is disguised as a yellow Chevrolet Camaro. Following the film there was a huge popularity arising in this vehicle, which inspired Chevrolet to release its own Bumblebee special edition cars. There were different versions of this car made for the numerous sequels of the film. Four of these cars were sold as a group at a charity auction, the winning bid was $500,000. All four of these cars were sold with a scrap title, meaning that they were not worthy to be driven on a public road. 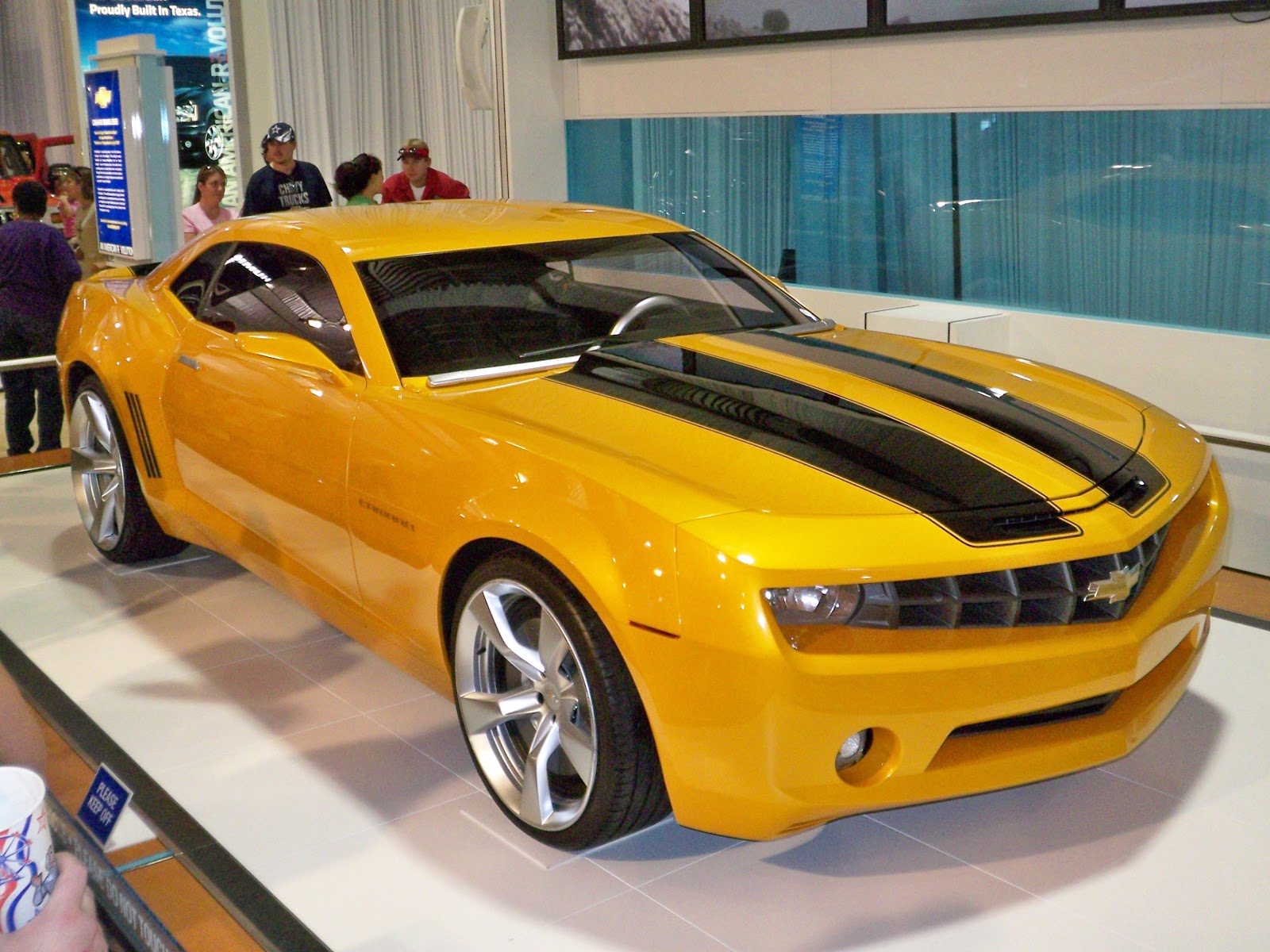 Photo by Todd Carr / CC BY

What is probably even more impressive than the car itself, is the fact it is reported that Keanu Reeves does around 90% of his own stunts, and this includes the complicated driving sequences. Throughout the course of this film there were five Ford Mustangs used, unfortunately all five of them were destroyed during the production of the film. You can buy a 1969 version of the Ford Mustang for around £55,000. 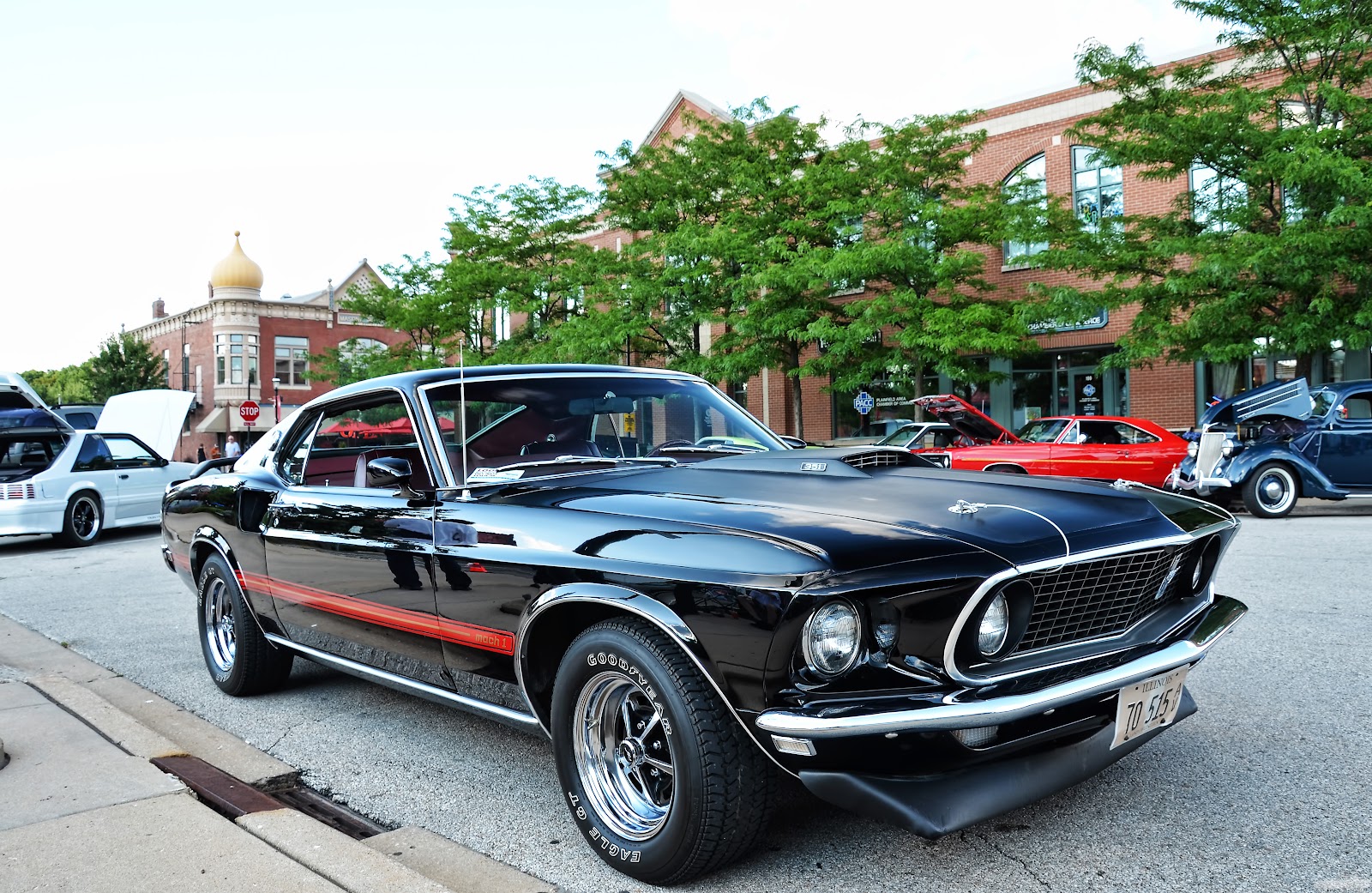 Photo by Chad Horwedel / CC BY

In the UK, motorists modify their cars to enhance the performance, style and safety of the vehicle. However, staying legally safe is essential by law. Also, your insurance company would have their reservations regarding the extent to which you can modify your car and yet stay under their cover. If ...

The winters are almost here and it is time for the cakes, mistletoes, hollies, gifts, Christmas trees and presents. Christmas is the time to be around your loved ones and be merry. With barely a few weeks in hand, we cannot wait to begin our preparations for Christmas. Christmas is ...