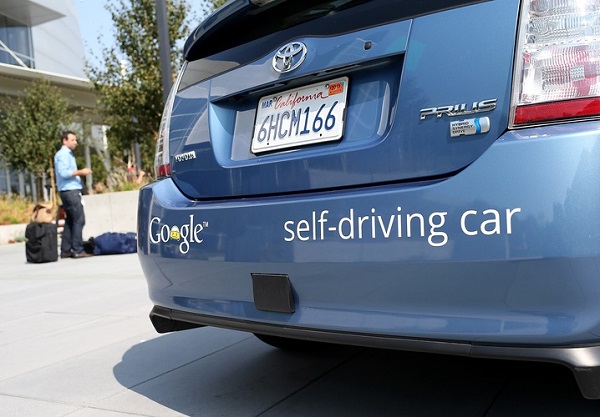 With news of driverless cars to be rolled out on UK’s motorways come 2017 donning the recent headlines- Briton car owners are looking forward to explore the possibilities of these futuristic self-driven wheels. As per the market reports, Chancellor George Osborne has confirmed about testing the driverless cars in the UK within a few months. The initial trials would be conducted on Bristol, Greenwich, Coventry and Milton Keynes roads. In one of his recent statements, the Chancellor has expressed his high hopes with self-driven cars & he is confident that driverless cars in the UK could mean a fundamental transformation across the English transport scene the foray of petrol engine. He is hopeful that the cutting edge automatic cars would revolutionise motoring within 2020, taking up the country as vanguard of this state of the art technology.

Now, what’s so special about the driverless cars in the UK? Well, the self-driven cars define futuristic trend in mobility where you won’t need to rely on any human driver to don the steering. You can call up a driverless steam for picking you up & dropping at your desired destination. When you have the car driving automatically for you, you can let go of the worries pertinent to texting or getting carried away with your favorite tune in the car radio while driving manually.

However, as with anything new that comes in the market, a wide range of speculations have developed about the true functional quotient of driverless cars in the UK. You must be wondering that whether the self-driven cars would at all mean something truly revolutionary or beneficial. Well, it’s to note here that the automatic cars are equipped with pre-safe systems which can anticipate the crashes & would also prep up the vehicle to keep its occupants safe. Let’s discuss it with an example.

Suppose you suddenly bump into a huge garbage truck while driving round a corner in your automatic car. Now, while you are all set to throw out your choicest swear words, the edgy pre-safe system in the car would automatically start to prim the brakes immediately that will slower the car & reduce severity of an unfortunate crash. Not only this, the driverless cars in the UK would be able to detect the unavoidable possibility of a crash & if it senses so, it would instantly open up the airbags for your safety inside the vehicle.

Self-parking system is another great advantage with the driverless cars. Parking the car is a big issue for most of the drivers, especially when it comes to parallel parking. Thanks to self-parking advantage, the driverless cars would automatically read the area in the parking zone and just like any seasoned driver, react accordingly whilst moving safely from one point to another.

It should be noted here that the driverless cars in the UK are about to come up with a good range of state of the art features. Here goes a brief on the special features you would be finding in automatic cars.

The acronym of “Laser Illuminating Detection & Ranging”, LIDAR has been deployed for generating 3D map that will enable the automatic car to detect potential hazards on road. It will bounce off laser beams around the steam & accurately spot distance & profile of the damaging object. The LIDAR is mounted on the car top & it rotates to offer the car’s on-board processor a 3600 view.

LIDAR is handy for precisely mapping the surrounds but it cannot accurately monitor the speed of vehicles surrounding your car in real-time. But the driverless cars in the UK would be coming up with bumper-mounted 4 radar units to do the needful job for you. the cars will have 2 sensors each on front & rear bumpers that will send signals to on-board processor for brakes if they sense a possible crash from a speedy car nearby. The Radar technology in automatic cars work together with gyroscopes, inertial measurement devices & wheel encoder to convey precise signals to processing unit of the car – to help it with informed decisions on avoiding potential accidents.

The driverless cars would come up with cameras mounted up to car exterior to offer a good overlapping vista of the vehicle’s surroundings. It is themed on the functioning of human eye which offers overlapping view to brain prior to determining things such as peripheral movement, dimension of objects & field depth. The camera comes with a 500 view field & can offer accurate view up to around 30m.

A vehicle without steering wheel or accelerator would come up as useless unless it’s backed by high end positioning system- that would allow the vehicle to track the course ahead & identify the proper route for its destination. Thus, the driverless cars use mapping system, GPS satellites, wheel encoder & inertial measurement devices to determine the actual speed. High-end positioning system in driverless cars works together with on-board cameras for processing real-world information, GPS data & driving speed – which would help to precisely determine the exact positioning of every vehicle around your car- whilst making needed corrections for road construction, traffic & accidents.

From the above discussion, it can be safely concluded that driverless cars would mean something really great for the UK roads. Not only they are powered with state of the art features but constant R&D works in the self-driving sector signifies further advancement in the automatic driving technology. The prime-most advantage here is that  the driverless cars would be greatly able to avoid unfortunate crashes & accidents usual with distracted drivers. As per the UK Treasury, driverless cars in the UK would be a bliss no doubt as they are estimated to prevent around 95 percent crashes by alerting motorists about accidents & traffic jams on road.

After all this, you must be eagerly for the test reports of driverless car ride verifications on the UK roads.

Why Should You Change To Electric Cars?

In the UK, electric cars have brought about a revolution on the roads marking the end of pollution, emission, congestion and road accidents. They bring a number of economic, social and environmental benefits. The UK is one of the leading markets in terms of automobile research and technology and the ...

For some lucky people, office means waking up in the morning and sitting in the next home office room wherein for others, it means commuting to a place at a considerable distance away from home. In the recent times, urban driving has become a cumbersome activity. City motorists in the ...

Even though a number of us have an eye for what is plush and beautiful, only a handful can realize such exquisite splurging. Car accessories continue to remain one of the most fastidious passions professed by many. Wherein alloy wheels, sun roofs, spoilers and sturdy engines are a common sight, ...

The contemporary digital world is steadily getting “smart” and the mobile apps here play a crucial role here. Whether you want to check the news headlines or looking to your social media account or are about to order your food- there are apps for almost every function. With driving being ...