10 Of The Biggest Car Myths 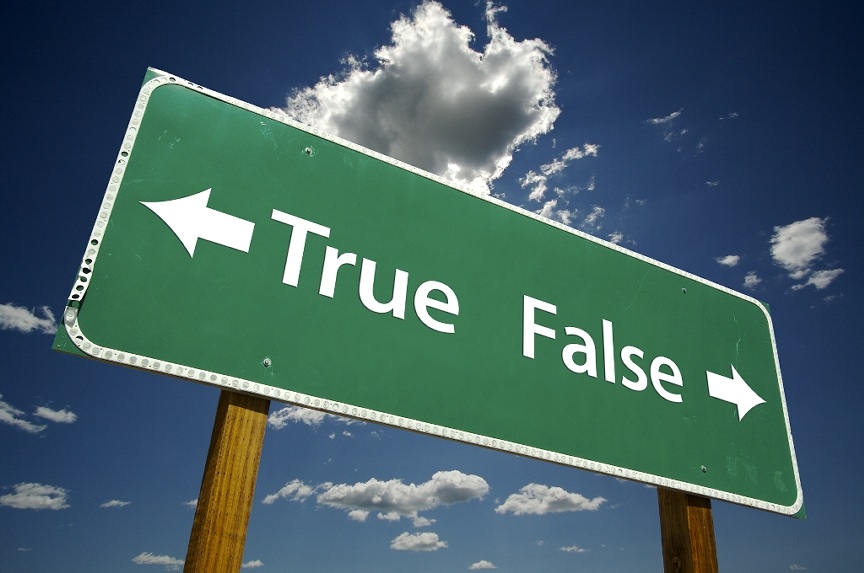 Car buying myths range from absurd, to mundane and hilarious. While most of them are harmless and does not meddle with your knowledge of buying and maintaining cars, there are some other myths which can end up making you lose both money and time. The below 10 of the biggest car myths have been gathered after conducting an extensive research on numerous car deals made every month, both from the web and the dealership.

Overdrive is the highest gear in your transmission. For a given vehicle speed, the engine of your car will turn a lower RPM and it will give you a better fuel mileage. The engine does not have the torque to reach anywhere near it’s redline. With Overdrive, you might reach the redline but you will burn more fuel and perhaps, a higher top speed out which in any case, is a hypothesis and more a car myth.

Most fuel companies offer premium unleaded petrol which they claim to greatly improve your vehicle’s power and also cuts fuel consumption while protecting the engine. With their cost being approximately 10p more than standard unleaded petrol many of the car owners are confused so as to whether accommodating that extra cost in the fuel budget is worth it. The fact is that premium unleaded petrol might improve your fuel efficiency by a whisker, however increased power and performance will largely depend on the vehicle you drive, the way you drive and the kind of roads you take. Refrain from paying heed to such car myth and get into understanding your vehicle better.

This popular quote of Enzo Ferrari has been the topic of numerous debates.. Had that been the case, why does every motorist get worked out about peak HP numbers and rarely discuss torque or torque curve? Horsepower is a unit of power while torque is force times distance. Different engine configurations will develop different horsepower and torque characteristics across a given range of speed of engines. This statement remains unclarified and more a car myth.

Red cars might look stunning but they definitely do not cost more to insure. These cars are treated like any other cars with a black, blue or yellow shade. In fact most of the insurers would not even enquire about the colour of your car before zeroing on the premium amount which is largely dependent on the make, model, engine size and age of the car.

Well, this is a car myth as the only aspect which is finalized over the internet is the price of the new car. However, did you know that there are other things which needs to be negotiated such as the finance interest rate or lease, extended warranty and the trade in prices of a deal? Most of the web dealers transfer your information to other dealers who are willing to sell some of their new cars at a pre set price. The best way to compare deals is to explore on the web as well as pay visits to dealerships.

Reading and memorizing each and every word in your sales contract is an old process and largely a car myth. All you need to do is carefully review the numbers furnished. You should be aware of what you are signing for and then strike the deal.

Paying all in cash might yield you benefits in other areas but not when you decide to buy a new car, unless the car manufacturer is offering cash only incentives to it’s customers. This is a car myth. Dealerships get incentives if they manage to get you a financer and might have their own marketing strategies and discounts to entice their customers. Therefore, if you rather choose to pay the entire amount in cash, it might not excite them as much.

Smart playing might help you somewhere else but never when you are about to strike a car deal. It is a car myth. In fact, since the car salespeople have a well known reputation of being superb negotiators, you need to be extremely careful and strategic in order to strike a decent deal. Know the worth of the car you intend to purchase, do not make any commitments on the first meeting and follow up regularly with regards to the price before making your purchase.

An old saying goes that rainy days are the best to make car deals because the bad weather keeps the others buyers away. Well, it sounds hilarious as visiting the dealership on the last day of the month to get the maximum discounts on new cars. Any other day is as good as rainy days as long as you are able to strike decent deals through proper negotiation.

Numerous car buyers often wonder if it is possible to directly order a car from the manufacturer’s factory. However, you still need to go through the dealer. The biggest advantage of special ordering a car is that you get to equip it with your desired colours and configurations. This does not mean that you have to pay more. This is a popular car myth which even experienced car buyers would not know. In fact, you might be subjected to rebates and discounts directly offered by the manufacturer. However, the only disadvantage is that you might have to wait for months before your car is ready to be delivered.

Irrespective of whether you are about to become a new car owner or an existing one,  keeping a watchful eye on your vehicle’s performance and gathering information on it over the web is the key to be at the top of your  vehicle buying, running and maintenance game.

The Most Annoying Things About Driving

Everyone likes to believe that they have amazing driving skills. As a result, we criticize almost every driver around us pointing out instances of their queer driving habits. However, if we monitor ourselves closely, we will notice that many of us exhibit some typical bad driving habits, which we might ...

Is Insurance Affected By Gender?

In the UK, the insurers considered gender when calculating premiums until in 2012, effective 21st December, the European Court of Justice’s gender ruling Act came into force which stated that charging men and women different prices for insurance would henceforth be considered as illegal. This change has affected the field ...

10 Most Desirable Travel Destinations This Summer

Holidays are the best time to relax, rejuvenate, read and travel. Seeing new places changes the way you relate to the world and others around you. Your summer holiday calls for taking that much needed break from work, playing water sports, experiencing sea-side cuisine, driving down meadows and hillsides, trekking, ...

Sometimes people have medical conditions which require them to take prescription medication. But did you know that some types of prescription drugs can affect your ability to drive? Read on to get the low down on what drugs are being focussed on by police, and what can affect the effects ...

Would your job affect your insurance rate?

Do you know a school bursar would be quoted £372 while a so-called window cleaner would be subjected to £4,607 when both of them are insuring same vehicle in same postcode? Yes, your occupation would have a decisive impact on your insurance rate. Make no mistake, it’s not about income ...

Putting the wrong fuel in your car is easier to do than you might think, but what can you do about it? What not to do Don’t start your engine. Don’t try and fill up the rest of the fuel tank with diesel Don’t panic What you should do Starting ...

What would “Brexit” mean for UK drivers?

UK voters will make a life changing choice on June 23rd 2016 as they head to the polls to decide Britain’s membership of the European Union. As a part of the 2015 General Elections, Prime Minister David Cameron had promised the European Referendum and since 1975, this is the first ...

Picture the scene: you’re sat in a bar on holiday in Spain, the beautiful sun is beaming down and you’re happily enjoying your third cocktail. Sounds great doesn’t it? But did you know that many Brits think that they would be okay to drive back to the hotel after a ...

Taking out insurance premiums for your life, health, mortgage, vehicle and business is an absolute necessity both by law and by your needs. However, as much responsible as we are, sometimes a few insurance mistakes while buying and maintaining them costs us more than we anticipate. Below is a comprehensive ...

How The Drug Driving Law Works

In March 2015 the law surrounding drugs and driving changed, making it as illegal to drive with drugs in your system as it is to drive drunk. The main difference in this law was that the prosecution no longer had to prove that the drugs in the driver’s body caused ...